One of our older anniversary logos!

Today, over 2,200 attendees make up the safety, health and environmental employees who seek information on the latest techniques and equipment. The conference is organized and operated as a not-for-profit corporation. Membership is on a voluntary basis, with representatives from business, industry, education, labor and government. 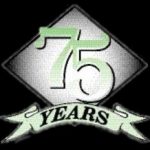 Another one of our anniversary logos!

In addition to the annual conference, the Michigan Safety Conference sponsors annual scholarships to assist students who are enrolled in occupational safety and health programs at accredited Michigan universities.